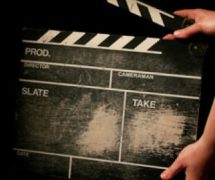 BUDDING Steven Spielbergs in Cynon Valley have been given the chance to try their hand at filmmaking, thanks to the award-winning E3+ programme.

Students from Blaengwawr Comprehensive School at Aberaman have been taking part in the E3+ Film Production sessions and have created their very own spoof production called Little Blaengwawr based upon the successful TV comedy series Little Britain.

The film is made up of various mini sketches which showcase the pupils’ creativity, including mocking some members of staff and taking off the well-known Saw films.

The sessions were provided by Andrew Chainey and his staff at Tantrwm, a Cynon Valley-based media company. They were a massive hit with more than 20 students attending from Year 8 and Year 9.

Andrew Chainey said: “We were asked to come and make some films with the E3+ group in Blaengwawr.

“We were stunned by the creativity and enthusiasm of the participants, the numbers started with nearly 20 young people and increased nearly every week to the point that we could not cope with so many wannabe film makers.

“We have worked in many schools in many counties. But we found that the response from the Blaengwawr pupils, in terms of numbers, exceeded any other project we have undertaken in eight years.”

And the fun and creativity can evidently be seen in the spoof they collectively created.

Anyone wishing to take part or wanting further details can contact Nathan Brock on 01685 874341.