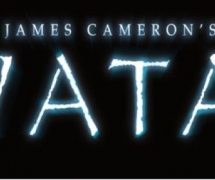 Avatar is the latest sci-fi American masterpiece to hit our screens, earning $77 million over its opening weekend in the states. Directed by James Cameron (director of the Titanic) and starring Sam Worthington as Corporal Jake Sully and Zoe Saldana as Neytiri, Avatar is definitely a mind-blowing experience not to be missed!

Set in the year 2154 on a moon in the Alpha Centauri star system called Pandora, Avatar is about humans mining Pandora’s reserves for a precious mineral, unobtanium, however, all is not so simple.
The Na’vi, an inhuman race with feline characterises and often described as the ‘blue monkeys’, live in the Pandora ecosystem and are threatened by the takeover of the human race who aim to demolish the forest in which they call home. The humans will do whatever is takes to claim the land, even if it means threatening the existence of the Na’vi race by sending in the navy to destroy everything.

Physically stronger and taller than humans, the Na’vi live in harmony with nature, worshiping a goddess known as Eywa. Pandora’s atmosphere is toxic to humans meaning breathing masks are a necessity, and is also the reason why scientists started growing Na’vi bodies called Avatars modified with human DNA. These avatar creatures are controlled by genetically matched, mentally linked human operators. It is through these avatars that Corporal Sully has the opportunity to meet the intriguing Neytiri and their romance soon blossoms as they chose each other as their ‘mates’.

Like Beauty and the Beast, Edward and Bella, and Jack and Rose, Cameron wanted the couple to be similar to couple he created in Titanic, in the sense that both couples come from different cultures that are contemptuous of their relationship and are forced to chose a side.

In the words of Roger Ebert of the Chicago Sun Times, Avatar is an ‘extraordinary’ experience and truly doesn’t disappoint with its use of 3D viewing and specially designed cameras for the film’s production. Avatar is without a doubt proof of the breakthrough in filmmaking technology and development in 3D viewing.

The climax of the film is when Jake has made his decision on what side to accompany and disables a bulldozer as it destroys the tribes sacred ‘Tree of voices’. With fighting, blood, weapons and romance at the heart of the film, along with fairytale conventions such s flying dragons and magic plants, Avatar has something to offer anyone. If Avatar doesn’t please with its amazing 3D graphs then I suppose there are always the witty and humorous quotes to fall back on- “Sir, I’ve got a native doing the funky chicken!”