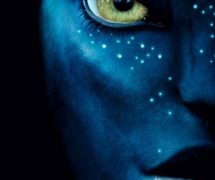 Here we go. The film everyone has been talking about for months. The return of James Cameron, director of Titanic and Terminator. Revolutionary special effects, we were promised? Are they? Oh hell yes. Was it worth the wait? Oh hell yes.

If you don’t know what this is all about, where have you been for the past 6 months? Well, this is the story of a man named Jake Sully who takes part in the AVATAR Programme in 2154 (yes, I paid attention to the video logs) where he takes control (drives, as called in the film) of a member of the Na’vi, a tribe of aliens that live on a planet named Pandora, where he becomes one of them in order to find a rock named “Unobtanium” (stolen from “The Core”?) and, well, obtain it. The story is one of simplicity, and yet the manner in which the movie goes about it is so incredibly epic, that you couldn’t care less about the story until it all kicks off in the last 30 minutes, you just want to watch Jake’s progress as he learns the ways of the Na’vi.

When I first saw Jake’s Avatar, around 10 minutes or so in, I was a bit apprehensive. He started running around the camp in which he was “made” per se, and he easily stood out as a CGI creature, and I was wondering “oh no, please don’t say it looks like that for the rest of the movie!” and two things occurred. 1) It doesn’t. 2) Even if it does, you don’t notice because the creatures are so immaculately created. After the bump in the first 10 minutes, it was pure jaw-dropping sights. The Pandora jungle is simply stunning, everything has been created to the tiniest detail. The space is so vast, it’s unreal how, err, real it actually looks. But, what’s even more impressive than that are the creatures in the jungle itself. Every tree, flower, strange floating insect has had time spent on it, getting every detail precise. An astonishing feat considering the vastness of the whole project.

I’ll talk about the Na’vi later, I’ll begin with the animals. Well, not animals, creatures. The bizarre dog-like aliens that attack Jake early on his Avatar experience, are incredible. Even the way they’re mouths open is astounding. The big dinosaur crossed with hammerhead shark creatures are cracking too, but the big achievement animal wise has to go to the ikran, or however you spell it, commonly known as a Banshee. They’re just amazing. They’re pterodactyl likeness and the different colours on their heads are of such detail that it’ll take hours and hours of viewing to see every little thing they’ve put on these incredible animals.

The Na’vi. These 12ft beasts are just astounding. Where Cameron came up with this tribe is beyond me, it’s like Smurfs have been subject to Gamma radiation and this is the outcome. The fact that Jake and Naytiri look so real is one thing, but to have thousands upon thousands of them, all with they’re own personal traits and evident trademarks, set them apart from everyone else in the crowd of thousands. Though the female Na’vi remind me a bit of Mystique from X-Men, they’re originality is breathtaking.

After leaving the cinema, I had time to have a real think over what I just saw. I did that with Transformers 2 and look how that turned out. But this one really is a spectacle you mustn’t miss. It’s been twelve years in the making, and it shows. Everything has been meticulously planned. Everything from that huge mean animal called a Thanator, to that thing that has wings that spin colourfully when it flies. The added effect of when at night, everything sort of glows, with a fairytale like appearance to it all. Clearly, Cameron as taken time. In fact, to make one scene, it took 2 years. That’s just phenomenal (I’m running out of superlatives here). He’s not rushed into anything, he’s planned every scene to a tee, every conversation, the Na’vi language, the shrieks of the Banshee’s, everything. Exceptional.

Cameron has said that if Avatar is a success, he’s planning 2 sequels. We only see a snippet of the wondrous world of Pandora, it has so many different directions it could go to. If so, I’ve already booked my tickets. But please Mr. Cameron. Don’t rush into it, you’ve set a brilliant foundation. Don’t ruin it.

Though the film is a bit weird, and it probably won’t be every one’s cup of tea, it really is outstanding. Make sure you go see it, make sure you can say that you were there when the future of cinema truly began.