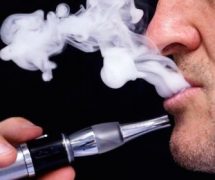 Since 2014, the Welsh Government set out its plans to ban people from smoking e-cigarettes from indoor public places as they continued to believe that they were, in fact, worse for your health. However, there hasn’t been any scientific proof that suggests e-cigs cause more harm to your health.

On 9th June 2015, the Welsh Government pushed for a new bill to be passed on health in Wales, one of the factors was to ban e-cigarettes from enclosed public places such as restaurants and bars.

The news wasn’t welcomed by everyone, though. A leading cancer charity, Cancer Research UK, disagreed to the proposal by the Welsh Government.

If the plan goes ahead, Wales will be the first country in the UK to do so.

The health minister is taking a gamble, but he thinks it’s worth it.