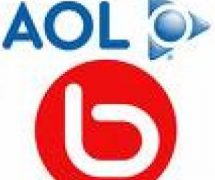 But, it was not to be… *wipes tear from eye*

AOL, being such a friendly company, sent a memo to employees. In this loving memo, it stated that it will no longer pump money into Bebo and was seeking a buyer.

The memo also stated, “It is clear that social networking is a space with heavy competition, and where scale defines success, Bebo, unfortunately, is a business that has been declining and, as a result, would require significant investment in order to compete in the competitive social networking space.”

The American based company added that AOL was not in a position to “further fund and support Bebo in pursuing a turnaround in social networking”.

So, in short, if nobody wants to buy the website, then you’d have to find another place to keep up to date with your friends. Adding to your misery, the people who work for Bebo will have to find a new job….

So it’s swings and roundabouts, really….