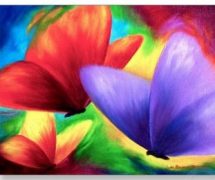 Get a good job with more pay, and your okay…

Sorry, burst into Pink Floyd for a moment there…

But yes, it’s another article on money… but I shall continue.

British scientists have found a way to mimic the vivid colours of tropic butterflies, created by light bouncing of microscopic wing structures. And to think the Brits were only good at singing…

So, what is this research got anything to do with money?

Well, I shall tell you.

Using the technology borrowed from nature, we could one day have bank notes as beautiful as butterfly wings. Nice.

One application of this new discovery is the creation of hard-to-forge and visually striking bank notes and credit cards.

Cambridge University PhD student Mathias Kolle claimed that “these artificial structures could be used to encrypt information in optical signatures on bank notes or other valuable items to protect them against forgery. We still need to refine our system, but in future we could see structures based on butterflies’ wings shining from a £10 note or even our passports.”

The boffins at Cambridge studied the Indonesian peacock, or swallowtail, butterfly (Papilio Blumei as the butterfly generates intense green and blue colours. The insect’s wing scales produce a surface pattern resembling the inside of an egg carton. So what came first? The egg carton or the scales on a butterfly? Hmmm….

Anyroad, Mr Kolle and two professors from the university’s Cavendish Laboratory made identical copies of the structures using advanced nanotechnology.

Mr Kolle stated “We have unlocked one of nature’s secrets and combined this knowledge with state-of-the-art nanofabrication to mimic the intricate optical designs found in nature.”

If you don’t know what nanotechnology is, then think of normal technology. Thought of it? Okay, now shrink it to a billionth of it’s size. THAT’S nanotechnology, baby.