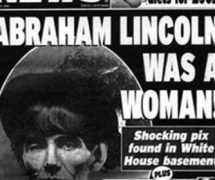 I find it rather insane, the things I’ve heard as I watched “Sex, Lies and Gagging Orders”, a show that was aired on the dying days of August (and repeated during the first week of September) on BBC Three. And before I start, the only reason why it is gracing my television is because there’s hardly anything of worth on and it’s only on as background noise. Lovely.

This show delved into the world of privacy for the idiotic also known as celebrities. It first discussed the phone hacking thing that exploded onto the news earlier this year to another area of privacy that seems to be a favourite with premier league footballers, the super-injunction.

At first, I thought this would be a balanced view, but that went out the moment I overheard that the presenter was the former editor of Heat magazine. But no, this is not going to be a review of a show that has the most hypocritical moments I’ve ever had the misfortune of overhearing. I’ve just initiated a rant on two things, celebrities and gossip. Standard.

In all honesty, I find the word “gossip” one of the most idiotic words in the English language, for both meaning and the word itself. To me, it just sounds seedy. No idea why, mind. But it’s not just the sound of the word, it’s what it represents that I despise. Talking about such drivel as who’s sleeping with who or whatnot. Come on, seriously? Where’s the sanity in that?

Well, where is the sanity in tabloid newspapers anyway? From what I can gather, they are just fountains of inane insanity with the purpose of both wasting money and wasting away the brain power of le humanoids. And yes, I just added some French into this to look hardcore. Did it work? Thought so.

But, isn’t it just a cycle? The tabloids feed celebrities by giving them “air time” in their vehicles of worthlessness (that’s my new name for tabloid newspapers, if you haven’t guessed yet), while the people who are famous for sitting in a house for a set amount of weeks and being crowned “best at sitting in the house for a period of time” and other idiotic reasons for being known to us all are basically feeding the vultures that feed the vehicles of worthlessness and so on and so forth. Whoa, that was a long sentence. Anyway, why are people interested in these things?

A perfect example is when the “news” of someone placing a super-injunction (or whatever was in place) to stop stories of their affairs, and not of the current variety. Seriously, since when was “who is having sex with who” worth discussing? Does it really matter in the long run? I’d rather know the new happenings in the technological world than what two people, who I have never met are getting up to. But then again, I’d rather know the ins and outs of the periodic table of elements than that of the celeb world. Hang on, I did for two years, so that last point is somewhat mute.

Besides, what is the point in celebrities? I thought the term was for those who were known by the majority of the people in a given area who are talented in some form or another. Now, it seems to be taken by those who want to be famous for the sake of being famous, which is a shame. I’m no lover of celebrities (I think I gave a subtle hint during this thing somewhere), but if you are in the public eye, surely it should be for something worthwhile like playing an instrument well or something and not for kicking a ball around or having an image of your naughty bits taken for the amusement of those who read magazines, right?

I don’t know, just seems that people are just eating articles like “I breastfed my father to keep him alive” and “I’m haunted by the ghost of my dog’s mother” is more important than the happenings in Libya or the running of our country.

When will this country see sense, eh?