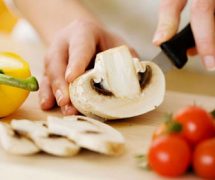 Takeaways can be a guilty pleasure for me on times, but after hearing about this I can say that I’ve been turned off.

New Hong Kong Takeaway in Pwllgwaun Road, Pontypridd, faced 17 charges for offences under The Food Hygiene (Wales) Regulations Act following an investigation by Environmental Health Officers who visited the premises on three separate occasions due to a number of food hygiene offences that could risk public health.

In 2012, a routine inspection – which is taken at every food industry that you can think of – was taken out at the takeaway and it was stated that the standard of cleanliness at the premises was poor, the cleaning products available were inadequate and Mr Ai Shui Li showed little regard towards the importance of food safety.

The walls, floors, food contact surfaces and equipment were greasy and dirty. There was also dirt and debris on the floor and under equipment, and contact surfaces such as equipment handles and light switches were dirty. In addition to the cleaning issues there were several other serious concerns relating to food storage, use of equipment and general practices that posed a significant risk of cross contamination of foods. For example, the chopping boards were deteriorating, mouldy and badly scored, and raw meats were being stored in used plastic carrier bags. Now, that is disgusting.

These were only some of the poor hygiene issues that were found at the takeaway and after the first visits, the takeaway closed early and staff carried out thorough cleaning which was inspected and found to have been improved. But on a further visit two months later the situation had deteriorated once again with further cross-contamination issues observed. This included raw chicken which was being cut on the cooked meat/salad chopping board by an employee and cooked chicken balls in batter were being stored in a cardboard box that had previously been used to hold raw chicken.

Bsiness owner Mr Ai Shui Li pleaded guilty to all 17 charges at Pontypridd Magistrates’ Court. He was fined £1,250 for the offences, the local authority was awarded £867.35 costs and he was ordered to pay £25 Victim Surcharge, bringing the total to £2,142.35.

Not only is all of this absolutely disgusting, but this could have killed someone. You might wonder how, but not keeping raw meat away from other foods could cause cross contamination from the germs and therefore cause salmonella which is something that can kill you.

Being a vegetarian, I was revolted at this news due to the fact that the takeaway was cooking meat with the salad, therefore the germs and anything on the meat could be transferred onto the vegetarian food and although the germs on said raw meat can be cooked away, you don’t cook a salad, do you? Meaning the germs would be on the salad, causing it to be deadly.

Having family in the food industry, I’m more than aware of the standards of the kitchens etc at places which work with food and I am thankful that there is a star rating from the Environmental Health Officers (EHO) which take out regular inspections. It’s easy to be able to look up the place you’d like to eat from and see its ratings so you know how safe it is. My local takeaway has a high rating, so I know I can trust what they are cooking.

I think it’s really important people check out establishments ratings because if you don’t, you might end up becoming very ill from what you have eaten from thereâ€¦or even be killed.

For more information on food safety in Rhondda Cynon Taf, visit this site.