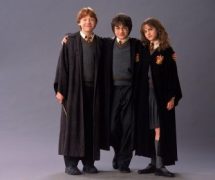 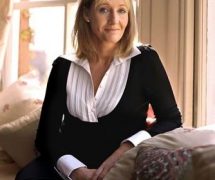 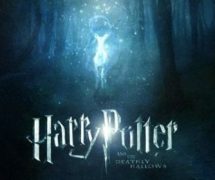 On the 15th of July Harry Potter and the Deathly Hallows (Part 2) will hit screens across the UK, sailing the flag for the end of a very long, yet excitable and fun-packed thirteen years of what now is considered one of the biggest phenomenon of recent decades – we’ve even been coined the ‘Harry Potter Generation’!

Harry Potter and the Philosopher’s Stone was released on 30th June 1997, and as of June 2011 the series has sold over 450 million copies worldwide and has been translated into 67 languages including Welsh. The last four books (Goblet of Fire, Order of the Phoenix, Half Blood Prince and Deathly Hallows) have consecutively set records as the fastest-selling books in history. The films are the highest grossing films of all time and all merchandise sales sets Harry Potter in the region of $15 billion.

I think that gives everyone an idea of the extent to which the Harry Potter series has, literally, exploded all over the world and is one of the biggest fan bases ever. Only a handful of fan bases can say that there’s a theme park dedicated to the series, which adds to the success of the series over the last decade – and the anticipation for the last film is beyond anticipation for any other point in the series.

As of March 2011, when its latest world billionaires list was published, Forbes claimed that Rowling’s net worth would be US $1 billion. The 2008 Sunday Times Rich List estimated Rowling’s fortune at £560 million ($798 million), ranking her as the twelfth richest woman in Great Britain. Forbes ranked Rowling as the forty-eighth most powerful celebrity of 2007, and Time magazine named her as a runner-up for its 2007 Person of the Year, noting the social, moral, and political inspiration she has given her fandom. In October 2010, J. K. Rowling was named ‘Most Influential Woman in Britain’ by leading magazine editors.

Aside from the fandom the series has gathered, the series is important and significant for a lot of people who have followed the series since PS (Philosopher’s Stone) was published in 1997. For me, the Harry Potter series crystallises my childhood. I have had the honour (yes, honour) of meeting JKRowling in July 2007 after entering a competition on Blue Peter (we had to draw a picture and ask a question to JKR).

Basically, I can’t imagine my childhood without Harry Potter in it and even at 18 I still get all excited when I see something on tv or even watch one of the films. I’m heading to London on the 5th of July for the World Premiere of Deathly Hallows Part 2 in Trafalgar Square on the 7th and I’ll be hitting the cinema on the 14th for a Deathly Hallows Part 1 & 2 back to back in Nantgarw Cinema – Part 2 being shown at 12:01 exactly.
Many people won’t understand the excitement and expectation of the last film. I hope that Warner Brothers does the last film justice because there isn’t another chance to put it right. They’ve had 7, this is it.

It’s going to be one of the most exciting, anticipated, mind-blowing yet saddest days of the year; and I can’t wait.

But – we still have Pottermore to look forward to!

2 thoughts on “Harry Potter. The end of an era.”