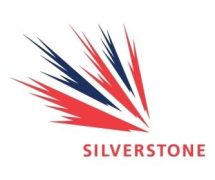 Last weekend I traveled to Silverstone to watch the British Grand Prix. We started our journey at 5am Saturday morning, but me… I was knackered! And why? because I didn’t go to sleep until 11pm! I know… Stupid isn’t it? You’d think I would go to bed early, knowing I have to get up early the next morning! But I didn’t. So we packed our things in the car and got going. We didn’t bother having breakfast because we had a packed lunch for the journey. I was so excited! We got going and hoped that everything would go to plan (you know… traffic would be good and stuff like that). We had a road all to ourselves, and as usual, it was raining!

We stopped at the garage in Pentre, just to get some snacks like a chocolate bar and crisps. I didn’t get anything because I wanted to save my money for Silverstone. So nothing major really happened on our journey until we crossed the Severn Bridge, and that was just the weather changing and a Bugatti Veyron drove past us! people in the Silverstone area really know how to spend their money. We saw Porsches, Aston Martins, Ferraris and Lotus’s. We finally saw a sign telling us where to go, but the way we wanted to go had a sign saying ‘press and media only’ so we thought we should go the other way. We turned the other way and got lost, so we asked a marshall who was making sure everyone was going the right way and he told us to go back the way we came and go through the press and media lane. So we had to take a 16 mile de-tour. We finally arrived at our camp site and set things up.

It was 10 o’clock and the practice session was on. We were situated about a mile away from the circuit and we could still hear the Formula 1 cars, so we decided to take a walk over to the circuit. We got to the circuit and the sound of the cars was simply mind blowing!! I was even more excited now! We asked the guy at the gate if we would be able to get tickets for qualifying but unfortunately, they were all sold out.

2 thoughts on “My Trip to Silverstone – Part 1”