Home » News » Things To Do » Ozzy Wants To Hear You Scream 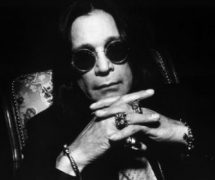 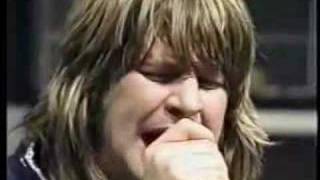 Ozzy Osbourne, ever heard of him?

If not, watch that video I embedded…. the singer… that’s the Ozzynator… but a younger version. Also, as a side note, that song is funky as, man… Funky as…

Anyroad, Osbourne is about to release a new album, called Scream, with help from Gus G on guitar, bassist Rob ‘Blasko’ Nicholson, drummer Tommy Clufetos and Adam Wakeman on the keyboards.

But, what would you do to advertise your up and coming release to the world of rockers?

Well, Ozzy thought of something, so he did.

Taking a lead from his album title, he wanted to hear people screaming. Nice fellow, isn’t he?

Some people might sneak up on others to scare them, others might send their targets JLS videos on YouTube. But – and it’s a rather firm but – Ozzy decided to go all hardcore on the group of people we call ‘the public’.

Yes, he went down to Madame Tussauds in New York and pretended to be a wax model of himself. When people sat or stood next to him, he pounced on them. Lovely. Watch the hilarity here (disclaimer: linked video contains Ozzy swearing. Bad Ozzy! Do not click if likely to be offended).

Scream is Ozzy’s first solo studio album in three years, and his tenth overall. His new release shall be, er, released on Tuesday 22 June with an exclusive bonus track named Jump The Moon. Now, he’s just spoiling us, isn’t he?

If you’re a fan of this dude’s music, then you’ll be happy to hear that there’s a world tour in support of Scream, which include six Ozzfest dates in August.

Music in the CLIC info section