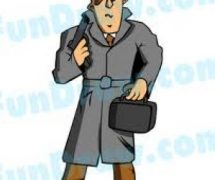 Peter piper is a 14 year old that goes to Ferndale Community School, but is a spy against the CSA (Chinese Secret Army).  In part one he finds his partner getting whipped by them, he then goes on to find his school has been turned into a bomb factory that only lasts one weekend. They then put everything back so it look like a normal school again.

Peter lives with his mother as his father abandoned him while he was at a very young age, which is not mentioned in the story as it may offend readers. Peter has quite long brown hair but loves to wear his lucky red baseball cap. He loves acting, singing and dancing and he plays a trumpet!  He joined the Rhondda band and Tylorstown brass band (junior).  That’s where I met him! He doesn’t like his partner very much as they often quarrel, but they always get through their arguments.  Peter isn’t much of a sporty person but he does like to do Judo, that’s where he gets his moves from and uses to fight in his adventures!