Home » News » People in Your Life » The CLIC Gower Weekender 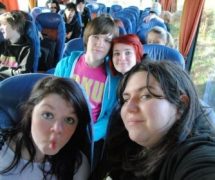 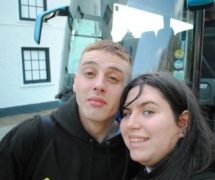 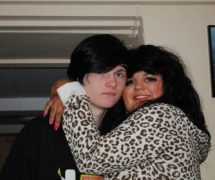 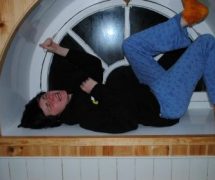 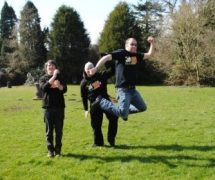 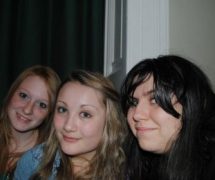 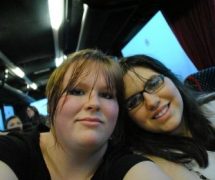 Weekends are the best, but they’re even better when you’re stuck with a house full of CLICers for that weekend.

From Friday 9 to Sunday 10 March, 37 CLICers and a bunch of CLIC staff headed off in two coaches to Kilvrough Manor in The Gower, Swansea, for another awesome CLIC Weekender.

I was picked up from Pontypridd Train Station with six other Wicidites in the late afternoon and headed off on an approximately two hour journey.

We were running late so the South Wales bus had to skip tea and just have a McDonald’s instead, though I have a slight feeling that none of us actually minded.

Once we finally arrived, we all went for an induction to the building we were staying in and set the ground rules. We found what rooms we were in (I was in one called Oxwich with Beth, Holly, Jess, Sinead and Lowri – some awesome people, I can assure you) and then had to attend a fire drill.

I really don’t like fire drills because they always cause fuss somewhere along the line or just interrupt a good conversation. Anyway, freetime was really good – Dan, Eddie and I went around the building to have a look at where everything was.

We were trying to find the showers which caused us to walk around the building five times. At least we became familiar with the building, I suppose. After that, we just messed about as per usual before heading off to bed at about 1am.

Saturday was a very busy day. We had a 7:30 wake-up call (I really dislike early mornings but I was up for it this time because it was CLIC related, so that’s okay) and then headed off for breakfast before sorting out what activities we planned to do in the afternoon and then heading off to workshops.

There were five different workshops: relationships, bullying, mental health, things to do and jobs. I was in the mental health workshop along with Sam, Holly, Bethan, Jess, Ant, Ryan and Dan. We had to look at the info section on mental health and state what we think needed changing. We had a lot of ideas and worked really well together.

After that, it was time for the activities. I, along with Jess, Sam, Holly, Bethan, Victoria and Gareth stayed behind to play Sopio for like four hours, while others participated in activities such as rock scrambling, kayaking and beach walks. Others also stayed behind to watch Wales beat Italy in the Six Nations.

If I’ve learnt anything this weekend that isn’t CLIC related, it’s that Sopio is awesome but I’m really not the best player, but let’s face it, I suck at any card game (so much that Victoria has named me ‘the special card’. Thanks, Vicky, love you, too).

When the activities came to a close, we had tea, which was lasagne, and then headed off to do some video workshops. The workshop I was in made a video about a CLICbot who was visiting planet Earth to get information from CLICers like the information on the info section on the website. I think the overall result was really good and much better than I imagined it to be.

Finally, it was free time, which included the always popular CLIC’s Got Talent. There was a duet dance to Single Ladies by Sam and Tomm, some solos by Sarah and Lowri, an awesome dance by Ashkay, an awesome poem by Dan and some more awesome talent. I always love watching CLIC’s Got Talent and, thankfully, I wasn’t roped into singing this time. I can’t sing and I don’t really like embarrassing myself by proving this fact is right.

With the talent show over, everyone just went and did their own thing. There was more Sopio playing for about another hour before heading off to bed. I went at about half two-ish and God knows what time everyone else went.

Sunday, we did some evaluations, video diaries etc and had a group photo before saying our goodbyes. I hate saying goodbye because it means I won’t be able to see my awesome second family for a long period of time.

The CLICers are without a doubt way better than the people I hang around with outside of CLIC (no offence, but they are. I don’t bother with many other people besides my Wicid and CLIC friends. And before I get yelled at, Josie, you also count as them and you’ll always be like a sister to me).

The journey home included Disney music so that cheered me up a bit.

So yeah, that’s my side of the story. It was an amazing weekend as always and if you ever get the chance to take part on a weekender with CLIC, take the opportunity. It’s amazing and memorable.

Thank you to everyone who organized the amazing weekend for us and for putting in all the time and effort. It was amazing and thanks to all the CLICers who attended for making this weekend awesome. I love you guys so much.