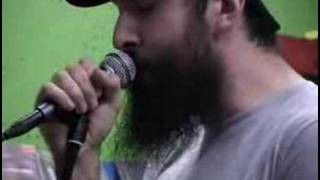 … And The Fall Of The South Wales Music Industry.

Okay, I’ll admit the fall of the South Wales music industry is a slight exaggeration, and Spillers Records is not closing but relocating, but I’m sure any artist will admit to Spillers being the icon of the music scene around here.

The oldest record store in the world has been named an inspiration by the Manic Street Preachers and has been a refuge for bands such as Catatonia and the Super Furry Animals, but now it’s current guise is all coming to an end.

In 2006 Spillers was put up for sale, but now it’s instead been announced that the store will be relocated, having been told that they must leave their existing premises by Wednesday 30 June.

The reason is that the landlords having increased the rent due to the rising property market as a result of St David’s 2 and other developments. Spillers simply can’t afford the new rent due to people buying CDs online rather in traditional record stores. (CDs are cheaper online due to many internet stores being located in the Channel Islands where tax is evadable.)

The manager of Spillers has said that they do not blame the landlords for the situation they are in.

While Spillers have personally told me they are moving to temporary premises (adding that as a result they are taking less stock and unable to do in-store performances), unless they get new premises we may have to deal with the loss of the oldest record shop in the world.

Your thoughts in the comment boxes below are appreciated.

Music in the CLIC info section