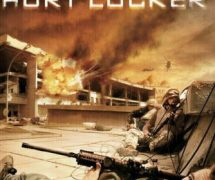 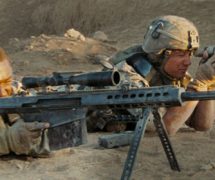 Bizarrely, The Hurt Locker has never been screened here in the United Kingdom. Typically though, this is the film that went on to dominate every awards show (apart from the Golden Globes, but no one really cares about them anyway), and most importantly it won 6 awards at The Oscars. But at home, no one has actually seen the film, which led us all to doubt the credentials of the film itself, considering the huge success that was AVATAR worldwide, but for a film that was pretty much only shown in America to blow it out of the water. Finally, I sat down, paid the fee charged by Sky Box Office, and sat down, ready to answer the question that’s been on so many people’s lips. What’s all the fuss about?

The opening scene is enough to answer that question. The immediate stark realisation of the wasteland that is Baghdad, Iraq, of the unimaginable living quarters that the Iraq people have to live in day in day out, of the strange fact that the locals watch the Army go about their work from the safety of their apartment, if you can call them that, windows. The opening scene makes you completely forget that you’re even watching a film, the shaky camera that’s at work puts you right in the thick of the action, almost as if you’re there with them, watching the terrifying incidents unfold before your very eyes.

The story itself is easy enough. Simply, it follows the US Army’s Bomb Disposal Squad as it answers its calls out to the open wasteland. That’s it. But that’s not the point of the film, Kathryn Bigelow (director) set out to make a point, that a film needn’t have a huge, complicated plot (unlike AVATAR) in order to be good. As long as it’s interesting, it’ll do. Now some of you may turn a blind eye because of the lack of storyline, but once you’re in, you don’t want to look away. Every scene as an unparralelled level of intensity, caused by the impending doom that surrounds Iraq, the occasional jet heard screaming over head causing a brief panic that that jet plane could be a missile. Every pile of rubble passed by the soldiers could contain a monstrous size of explosives.

As the film passes, you realise that this is as close to reality as any film is ever going to get. The use of real-life soldiers, the naturalistic, almost improvised dialogue. And don’t even get me started on the explosions. I’ve never seen better explosions on-screen, and the stop-motion camera adds a realism to the opening scene, and is only used once more in the whole film. The stunning stop-motion moments are the defining images of the film, particularly at the beginning. But then, you’ve got all these special effects and it’s all very well, but interestingly enough, the best scene in the film is stripped down totally, focusing primarily on two men and a Sniper Rifle. The scene lasts 15 minutes. No sound effects besides maybe four gun shots. It’s pure cinematic genius.

We Brits may feel a sense of dubiousness when it comes to seeing this film, as it may be a very pro-American, all guns blazing gung-ho War film. Pay no attention to this whatsoever. When it comes to War films, everyone will talk about the Saving Private Ryan’s, or the Apocalypse Now’s or the Black Hawk Down’s. The first film that will come to mind when talking about War films is The Hurt Locker.

What’s all the fuss about? The fuss is about an absolutely incredible film that you should catch while you can, one of the great war films of our time and though it won all those awards, it will never get the recognition it deserves, from us here in the UK, anyway.