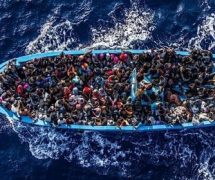 Europe is experiencing a major crisis; thousands of refugees are fleeing their native countries and arriving on Europe’s shores. The numbers of migrants are shocking; up to 9,000 arrived in Greece every day last week (19th-25th October 2015) – the highest rate so far this year.

The refugees desperately try to reach countries like Germany. Germany, alone, has taken 800,000 asylum seekers this year – some estimates put it as high as 1.5 million. That is at least four times the number who arrived last year.

But is there room here in Europe? Can we cope with these large numbers of people arriving on our shores, every hour of every day?

What is the UK Government doing to help?

Well, Britain has agreed to take 20,000 refugees in over the next 5 years. But the Prime Minister, David Cameron, says we will take no more than that.

Here are the statistics:

On Monday 26th October, it was announced by the EU that an extra 100,000 migrants and refugees will be taken in to welcome centers in a bid to ease the crisis. Greece cannot cope will the number of refugees, they are travelling to every country in Europe; from France to Hungary, to Germany, to Italy.

But the problem doesn’t stop at the shores of Greece; on land in Calais, France, thousands of immigrants are rapidly trying to board lorries and trains bound for the UK. As a result, the Eurotunnel has been closed countless times after immigrants have been found on the tracks forcing the trains to stop.

It is a ‘crisis’ for all countries in the EU. It is costing millions of pounds. Britain is putting up fences in Calais but, so far, that doesn’t look like stopping the immigrants.

What can be done? We don’t know yet. Something will have to be done – but it is a matter of when it will be done.

Info > Your World > Immigration And Asylum