Home » News » Your World » The next TV revolution 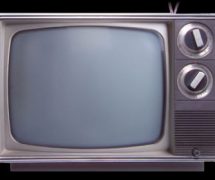 Television (TV) has been around for most people to see and hear since the 30s and started as mass revolution in how we entertained and get information. Today we live with TV day in and out. Its everywhere and everything and now we even have TV shows that are about TV shows! A great example of this is “Big Brothers Little Brother” which just talks about “Big Brother”. There are hundreds of TV channels and more then few service providers including BBC, ITV, Chanel 4, SKY, Virgin even BT. But with the power of the web growing these companies are finding it harder and harder to hold no to viewers.

In the Mid 2000s websites like “OV guide” and “TV links” started popping up were people could watch TV on demand through the power of the web. It didn’t take long for this to spark a new revolution in how people watch TV. People could watch what ever they want whenever they wanted to, even shows from the US that had not been released. Now downloading film and TV series was nothing new for the web but the fact that you can stream shows and films and watch them instantly with no adverts and an easy to use interface made it very user friendly. Most TV Companies where not happy with this. Sites like “TVlinks” where providing access to shows that they held the copyright to and at the same time stealing viewers away that meant that the adverts which is where most companies make their money where not being seen.

Soon websites like TVlinks where being taken down or removed using Government legislation. It wasn’t to soon after that the first online on demand web streaming sites released by the TV company’s started appearing like 4OD and BBC iPlayer and with more and more service providers offering on demand services is it only a matter of time before the way we watch TV be changing before our eyes? As the lines between PC, TV, and Audio equipment begin to blur it might only be a matter of time before everything we watch come from the net in an on demand service from company’s like SKY and BT. Could this be the next big TV revolution?