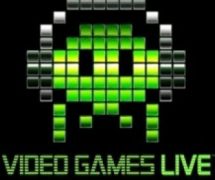 On the 3rd December 2009, game enthusiasts everywhere commenced the rarest of quests; venturing far across the sheep filled hills of Wales in order to reach the long anticipated destination of Cardiff’s CIA. Never before has anyone witnessed so many of this rare species risk leaving the cool shadows within their parents’ box room. But this was an event that was not to missed. Clocked by the early evening darkness, and armed with a Nintendo DS and a naff Sonic the Hedgehog T-Shirt, these fans were about to help transform the name of gaming throwing it once and for all among the cultural arts.

The event was a celebration of everything virtual. We as humans had developed something that would change the entertainment industry forever, and while taking the 21st century by storm it is still continuing to develop today. The aim of the live concert was to extract the personality of each game with the talented playing of an Orchestra and immediate entertainment of live images. The description would never give it justice, as anyone would connect video game music with the ultimate of failures including game manufactures. Although the idea would never appear to work on paper, it certainly did as each act was developed to created atmosphere with dazzling lightening fused with comedy from the witty presenter Tommy Tallarico (who took three years to get the concert finally on stage).

Each ticket provided the starting time of 6:30pm, although the Orchestra wasn’t scheduled to play until 8.00pm. This gave the hundreds of fans time to browse the usual stalls of T-shirts and posters, but also take part in a Guitar Hero challenge in order to win a mystery prize. With nothing much else to do within the hour-and-a-half before showtime, the minuets did tend to drag; the basis of entertainment being the passing grown men dressed as Ash Ketchum with stuffed Pikachu from Pokmon accompanied by an oversized Princess Peach. As time trickled by an anime music video was played in order to signify that the show would soon commence: LeetStreetBoys Yuri The Only One (a comical song about game obsession).

After a costume contest (won by three adult men dressed as the four Splicers from Bioshock) a tribute to the recently deceased Michael Jackson gamer style was presented upon the big screen. This seemed extreamly popular with the crowd, and a cleaver warm up. It seemed another amusing video was in store as a real life version of Pac Man was presented as costumed people running through city streets. It was hard not to imagine what that would like live through Cardiff.

Excited murmurs buzzed through the hall as the lights were dimmed and the stage was pooled in green. The composer Jack Wall appeared upon the stage with Lucy Morgan orchestra and Cardiff Celtic Voices choir. Wall couldn’t resist testing his crowd control powers as he threw his arms out powerfully in audience direction, only for bright lights to explode above the stage. Naturally, the crowd cheered and clapped with anticipation of what was in store.

The concert itself was one that was surprisingly good, although each tribute to each game followed the same similar sequence: video montage with orchestra music. This at times did become a bit dull as the writers could have been a bit more imaginative by perhaps mixing a few more live action pantomime-type entertainments. It would have been nice to hear perhaps a few more interesting facts and statistics about each game, as some I was unaware even existed. However, there were some prominent highlights in the form of the opening Classic Arcade Melody, sparking the warming nostalgia of childhood memories. Also, during the music to Metal Gear Solid, a masked man appeared on stage closely followed by a mysterious cardboard box (later being revealed to contain the night’s presenter).

After the well played music to God of War, the audience become involved in the night’s events as a young woman become the infamous ship from the classic Space Invaders. Her mission was to dart back and forth the sage, attempting to destroy those pesky monsters with a time limit of two minutes. Although she was sadly unsuccessful, it’s always a good to see participation from the audience.

Other highlights included 89 year old Ralph Bear, the inventor of the video game, making a live web linked appearance on the night. Pretty unexpected to say the least! In addition, the Kingdom of Hearts music was beautifully synchronized to imagery from the popular Disney movies. Sonic the Hedgehog and Super Mario Bros were obvious clear favourites with the crowd on the basis they are unbeatable classics, followed closely by The Legend of Zelda and the overly long World of Warcraft piece.

As the music to Final Fantasy filled the hall, presenter Tom was working the crowd with his electric guitar, keeping this up through the remainder of the show. With a guitar now being the centre attraction, the young man that was successful in winning the Guitar Hero competition was invited upon the stage to play again, this time with a chance of winning singed merchandise by earning 17,500 points o more on hard mode. This clearly being too easy, the crowd chanted “Expert! Expert! Expert!”. Tom reluctantly allowed this, but this proved piece of cake as the youngster scored 300,926 points and 509 note streak. Perhaps this proves that young people today have a bit too much time on their hands.

The one prominent disappointment was the failure to connect with Skype video to hear live from the composer of Halo, Marty O’Donnell. Several attempts proved useless, although the montage was still very enjoyable with again a costumed Master Chief making an appearance.

All in all, the night was one that had something for everyone. The music was beautiful, as its professionalism contrasted with the usually carefree air of video games. With these two worlds meeting, it was definitely a step forward for gamers everywhere, as it is now appreciated even more just how much work goes into each game. However, more importantly, the night sparked a sense of belonging as a closely weaved community came together for a night of friendly and good clean fun.